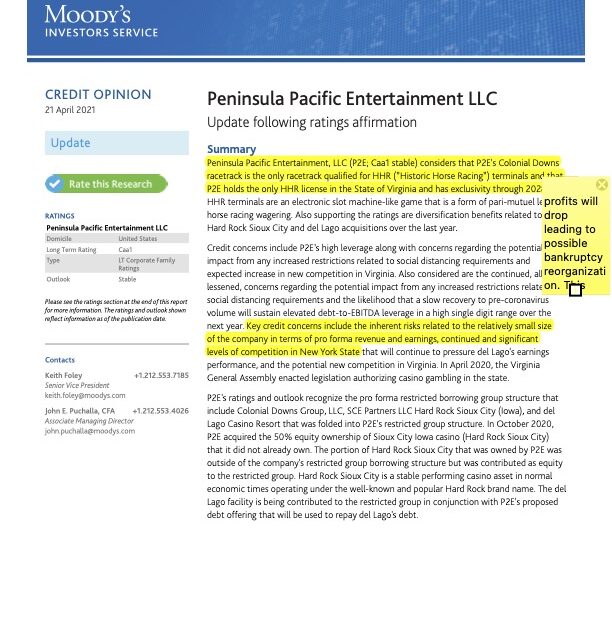 Peninsula Pacific Entertainment, LLC (P2E; Caa1 stable) considers that P2E’s Colonial Downs racetrack is the only racetrack qualified for HHR (”Historic Horse Racing”) terminals and that P2E holds the only HHR license in the State of Virginia and has exclusivity through 2028. HHR terminals are an electronic slot machine-like game that is a form of pari-mutuel legal horse racing wagering. Also supporting the ratings are diversification benefits related to the Hard Rock Sioux City and del Lago acquisitions over the last year.